Probably not the title you expected to read on a blog that’s about helping others, especially those less well off! I’m not entirely comfortable with the statement myself, but I am definitely challenged by the thinking behind a campaign I came across recently – ‘UNCHARITY’ by HOPE International.

For too long, we’ve underestimated the power of people living in poverty.

The basic idea behind this campaign is based on microfinance, which isn’t a new idea, but I love this concept of ‘uncharity’. Here it is: providing our money, skills or resources to the poor, is not enough. In fact, this campaign goes so far to say that it has even been a hinderance to people breaking out of the cycle of poverty. HOPE says that “despite our best intentions, this approach has all too often done harm rather than good. Economist Dambisa Moyo reports in Dead Aid that Africa has received over $1 trillion in aid in the past 50 years, and in many countries, growth has stagnated–even plummeted.” A surprising fact, but it definitely makes sense –

By ignoring the God-given creativity, abilities, and motivation of those living in poverty, we’ve created feelings of dependence that cripple dreams rather than expanding them. HOPE International believes that charity is not the answer, that some of the best solutions to poverty come from the poor themselves.

So rather than just giving handouts to the poor, making them dependant on these funds to survive, HOPE aims to unleash their individual potential by providing loans (that they repay) and biblically based business training to develop skills in order to start providing for themselves. This is awesome I think! They lose their dependence on handouts and charity, and start taking responsibility for themselves and their family, and in some cases are successful enough to make some money from their newly found skills. And the icing on the cake for me is that HOPE isn’t only concerned with physical poverty – in all cases they aim to share the hope of the Gospel in the context of relationships, so they address spiritual poverty as well.

HOPE uses the compelling story of Jacqueline to illustrate how ‘uncharity’ has helped to turn her life around from prostitution, fighting and alcohol, to now providing for her family and serving God at her local church. Check out the story below:

So while I’m still coming to terms with the idea that the poor don’t necessarily need our charity, I must say that there is definitely  power in the concept of UNCHARITY. So get on board with the campaign and help HOPE International to impact the lives of more people like Jacqueline. Strangely enough they way you’d do this is by giving some money to HOPE, or charity you might say… but the big difference is that they won’t just hand this out… they’ll lend it to someone and hold their hand through training and spiritual encouragement until they are standing tall on their own. Love it. 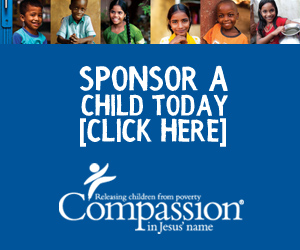